Aug 12, 2022
Herzberg Motivation Theory
Frederick Irving Herzberg in the late fifties developed a motivation theory known as motivation hygiene theory or two-factor theory of motivation. For this purpose, he conducted a study and interviewed some 200 accountants and engineers and asked them to think of a time when they felt good at their jobs and a time when they felt bad at their job and then to describe conditions which led to such feelings.
Researchers concluded that factors responsible for job satisfaction are different from factors that led to dissatisfaction. Job satisfaction and dissatisfaction are not opposed to each other. The absence of job satisfaction does not mean job dissatisfaction but it is no job satisfaction.
Herzberg classified the identified factors into two categories:
1) Hygiene Factors: Hygiene factors are those job factors that are essential for the existence of motivation in the workplace. These factors do not lead to positive satisfaction in the long duration.
But if these factors are absent or they are non-existent at the workplace, then they lead to dissatisfaction. In other words, hygiene factors are those factors which when adequate and reasonable in a job, pacify as well as satisfy the employees.
These factors are extrinsic to work. Hygiene factors are also called maintenance factors or dissatisfiers as they are required to avoid dissatisfaction. These factors describe the job environment/scenario. The hygiene factors symbolised the physiological needs that the people wanted and expected to be fulfilled. Hygiene factors include:
i)  Pay: The pay or salary structure should be reasonable and appropriate. It must be competitive and equal to those in the same industry in the same domain.
ii) Campany Policies and Administrative Policies: The company policies should not be too rigid. It should be fair and clear. It should include flexible working hours, breaks, dress code, vacation, etc.
iii) Fringe Benefits: The employees should be offered healthcare plans (mediclaim), benefits for members, employee help programmes, etc.
iv) Physical Working Conditions: The working conditions should be clean, safe, and hygienic. The work equipment should be well-maintained and updated.
v) Status: The employees’ status within the organisation should be retained and familiar.
vi) Interpersonal Relations: The relationship of the employees with their peers, superiors and subordinates should be appropriate and acceptable. There should be no conflict or humiliation factor present in the organisation.
vii) Job Security: The organisation must provide job security to the employees.
Related Article:- Need and Importance of Organisational Behaviour
2) Motivational Factors: According to Herzberg, hygiene factors cannot be regarded as motivators. The motivational factors yield positive satisfaction. These factors are inherent to work. These factors motivate the employees for superior performance. These factors are called satisfiers. These factors are involved in performing the job. Employees find these factors intrinsically rewarding. The motivators symbolised the psychological needs that were perceived as an extra benefit.
Motivational factors include:
i) Recognition: The employees should be praised and recognised for their accomplishments by the managers.
ii) Sense of Achievement: The employees must feel a sense of achievement. This depends on the job. There must be a fruit of some sort for the employees in the job.
iii) Growth and Promotional Opportunities: There must be promotion, advancement and growth opportunities in an organisation to motivate the employees to perform well.
iv) Responsibility: The employees must hold themselves responsible for the work done. The managers should give them complete ownership of the work. They should minimise the control but retain accountability.
v) Meaningfulness of the Work: The work itself should be interesting, meaningful, and challenging for the employees to perform and to get motivated.
Related Article:- Types of Motivation
McGregor Theory X and Y
Theory X and Y: Douglas McGregor developed a philosophical theory of humankind with his Theory X and Theory Y in 1960. His concept is based upon Maslow’s Hierarchy of Needs theory. He proposed two distinct views of human beings: one basically negative, labelled Theory X, and the other basically positive, labelled Theory Y.
After viewing how managers dealt with employees, McGregor concluded that a manager’s perspective of the nature of human beings is based on a certain grouping of assumptions and that he tends to mould his behaviour toward employees according to these assumptions.
McGregor’s X and Y theory remains central to organisational development, and to improving organisational culture. This theory is a simple and salutary reminder of the natural rules for managing people, which under the pressure of day-to-day business are all too easily forgotten.
Assumptions of Theory X
Under theory X, the four assumptions held by managers are given below:
1) Employees inherently dislike work and, whenever possible, they will try to avoid it.
2) Since employees dislike work, they must be controlled, coerced, or threatened with punishment to achieve goals.
3) Employees will avoid responsibilities & seek formal direction whenever possible.
4) Most employees put security above all other factors associated with work and will show little ambition.
Related Article: Product Life Cycle
Assumptions of Theory Y
In contrast to these negative views about the nature of human beings, McGregor listed the following positive assumptions that he called Theory Y:
1) Employees can view work as being as natural as play or rest.
2) People will exercise self-control and self-direction if they are committed to the objectives.
3) An average employee can learn to accept and even seek responsibility.
4) Commitment to objectives is a function of rewards associated with their achievement.
5) The ability to make innovative decisions is widely dispersed throughout the population and is not necessarily the sole province of those in management positions.
Related Article:- Need and Importance of Organisational Behaviour
Comparison of Theory X and Y
Both theories have certain assumptions about human nature. In fact, they are reverse sides of a coin, one representing the head and the other representing tail. Thus, these assumptions appear to be mutually exclusive.
The difference between the two sets of assumptions can be understood as follows:
Difference between theory X and Y 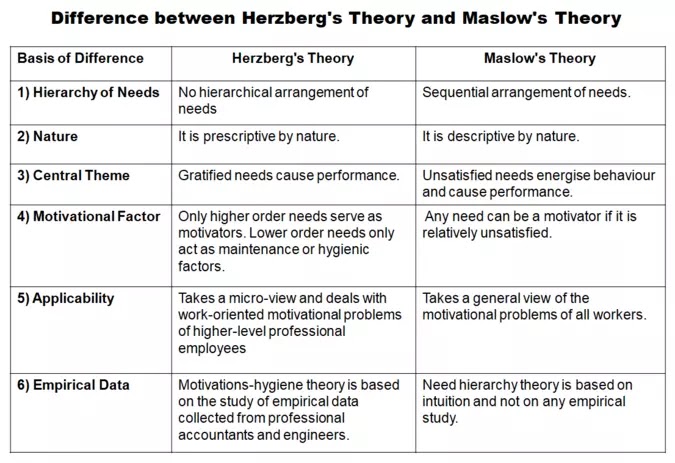